NECK are finally back with their sophomore release "You Dont Think Its Evil ..." . 10 new blistering tracks clocking in at 13 minutes, and double-sided to boot! Limited to 250 on Green Vinyl.
Released Mar 2019.


Coming in from the Dirty Rain, Flying Fortress are back with their second full length album, Bitchwind, on Uncle D Records. The release, a departure from the band's DIY roots, is an unflinching testament to their hard work ethic and solid vision captured by friend and studio veteran Jordon Zadorozny (worked with acts including Chris Cornell, Sam Roberts and Don Vail) who co produced and engineered the album at French Kiss Studio, in Pembroke Ontario. The record is a clear, straight ahead mix of pop melody and hardcore intensity, sure to rattle your ears and put a smile on your face.
Released Jan 2018.


NECK are a punk-pop gang who currently hide out at Cretin Manner located in Lebreton Flats, Ontario. 'Hate to Read' is a jam packed debut featuring 24 unrelenting rippers. Less books ... More hooks! If your attention span is as short as these three man-children, then 'Hate to Read' is definitely for you. Gertrude Riddlesforth from The Nationally Educated Critics of Kanata describes the effort as 'the best book you'll never have to read. Limited edition Blue Vinyl sold out. Black vinyl reissue.
Released Dec 2015.


Cross Dog is an experimental punk band from Peterborough Ontario, which draws influence from classic metal and stoner rock. The band's lineup is unique in that their instrumentation consists only of bass and drums, which accompany an aggressive, female lead vocalist.
Released May 2015.

ZEX - Fight For Yourself


Fight For Yourself includes 10 anthems from start to finish of timeless punk and hard rock classics that will stay in your head and leave you wanting more, including "Savage City" and "Wanderlust". Zex, a quartet based in Ottawa, Ontario, formed in November 2013 and are known for their ultra energetic live shows packed with theatrics of all kinds.
Released August 2014.
Reissued on red vinyl February 2015.


Dirty Rain is a full length album by Pembroke's powerhouse Flying Fortress. These 13 tracks are a collection of their first two EP's as well as new and unreleased material recorded between 2009 and 2013.
Released December 2014.


The precursor to CAULDRON, the genre-defining, critically-lauded GOAT HORN return with their Canadian cult classic debut VOYAGE TO NOWHERE for the first time on vinyl! Known for its honest and sincere reverence as the descendants of VENOM, CATHEDRAL, BLACK SABBATH, RAVEN & CELTIC FROST, this record reeks of a beer stained area rug with scattered BANZAI LP's on the jam space floor in a moldy cinder block basement. A loose n greasy alcoholic assault!
Released October 2015. 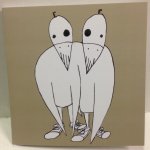